Sodium chlorite is a chemical compound used in the manufacture of paper.
The free acid, chlorous acid, HClO2, is only stable at low concentrations. Since it cannot be concentrated, it is not a commercial product. However, the corresponding sodium salt, sodium chlorite, NaClO2 is stable and inexpensive enough to be commercially available. The corresponding salts of heavy metals (Ag+, Hg+, Tl+, Pb2+, and also Cu2+ and NH4+) decompose explosively with heat or shock.
Sodium chlorite is derived indirectly from sodium chlorate, NaClO3. First, the explosively unstable gas chlorine dioxide, ClO2 is produced by reducing sodium chlorate in a strong acid solution with a suitable reducing agent (for example, sodium chloride, sulfur dioxide, or hydrochloric acid). The chlorine dioxide is then absorbed into an alkaline solution and reduced with hydrogen peroxide, H2O2 yielding sodium chlorite.
Applications
The main application of sodium chlorite is the generation of chlorine dioxide for bleaching and stripping of textiles, pulp, and paper. It is also used for disinfection in a few municipal water treatment plants after conversion to chlorine dioxide. An advantage in this application, as compared to the more commonly used chlorine, is that trihalomethanes are not produced from organic contaminants. Sodium chlorite, NaClO2 also finds application as a component in therapeutic rinses, mouthwashes, toothpastes and gels, mouth sprays chewing gums and lozenges, and also in contact lens cleaning solution under the trade name purite.
In organic synthesis, sodium chlorite is frequently used for the oxidation of aldehydes to carboxylic acids. The reaction is usually performed in the presence of a chlorine scavenger.
Sodium chlorite, like many oxidizing agents, should be protected from inadvertent contamination by organic materials to avoid the formation of an explosive mixture.

WeiFang Midas Industrial Co.,ltd is located in the we, Gaomi, Weifang,Shandong province , with Our company enjoys very convenient transportation and a great geographical location. We are a high-tech enterprise specializing in the manufacture of sodium chlorite, with well-equipped production facilities and fittings. Under the technical support of a teaching and scientific researching institute, we adopt advanced technologies and methods introduced from France for production. We have reached the annual solid sodium chlorite output of 3000 tons, and the annual liquid sodium chlorite output of 10000 tons. Our products sell well in domestic 10 provinces and cities, and some of our products have been exported to Southeast Asian and West European countries. Thanks to excellent quality and competitive price, our products have been winning the great acceptance from clients. Relying on local government´s preferential policy and advantageous location, we are winning a promising prospect. We have been praised as a "green chemical enterprise".We warmly welcomes all the friends form all over the world to visit us for business cooperation . 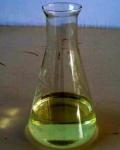 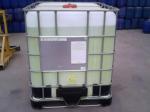 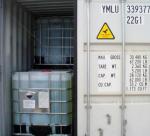