Spironolactone is practically insoluble in water, soluble in alcohol, and freely soluble in benzene and in chloroform.

Establishing the diagnosis of primary hyperaldosteronism by therapeutic trial.

Long-term maintenance therapy for patients with discrete aldosterone-producing adrenal adenomas who are judged to be poor operative risks or who decline surgery.

Spironolactone is a synthetic 17-lactone steroid which is a renal competitive aldosterone antagonist in a class of pharmaceuticals called potassium-sparing diuretics. On its own, spironolactone is only a weak diuretic, but it can be combined with other diuretics. Due to its anti-androgen effect, it can also be used to treat hirsutism, and is a common component in hormone therapy for male-to-female transgendered people. Spironolactone inhibits the effect of aldosterone by competing for intracellular aldosterone receptor in the distal tubule cells. This increases the secretion of water and sodium, while decreasing the excretion of potassium. Spironolactone has a fairly slow onset of action, taking several days to develop and similarly the effect diminishes slowly.

Spironolactone is a specific pharmacologic antagonist of aldosterone, acting primarily through competitive binding of receptors at the aldosterone-dependent sodium-potassium exchange site in the distal convoluted renal tubule. Spironolactone causes increased amounts of sodium and water to be excreted, while potassium is retained. Spironolactone acts both as a diuretic and as an antihypertensive drug by this mechanism. It may be given alone or with other diuretic agents which act more proximally in the renal tubule. Aldosterone interacts with a cytoplasmic mineralocorticoid receptor to enhance the expression of the Na+, K+-ATPase and the Na+ channel involved in a Na+ K+ transport in the distal tubule . Spironolactone bind to this mineralcorticoid receptor, blocking the actions of aldosterone on gene expression. Aldosterone is a hormone; its primary function is to retain sodium and excrete potassium in the kidneys.

Newlystar-Medtech is a well established and professional supplier of Finished Pharmaceutical, Active

Pharmaceutical Ingredient(API) and Medical Devices. With a proven track record of passed years,

only on products, but also on assistance for audit and improvement of GMP level, quality management

The essence of Newlystar-Medtech's activites, is a commitment to her customers with professional

service and high-quality products with effective cost and innovative solutions.

All pharmacists work in Newlystar-Medtech like a bridge link the customers and Chinese manufacturers,

especially, their professional working is to make the formulation manufacturers who is familiar with

Chinese Pharmacopoeia to understand well the international requirement,to ensure the success of

partners in China, enable Newlystar-Medtech to provide her customers with a wide range and high-tech

products, best services and capabilities for their actions in tender, distributing and improvement in their 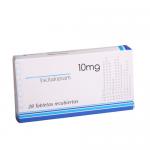 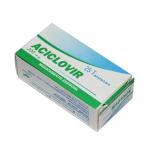 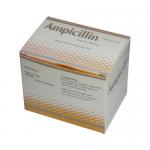